Why is the Competency Framework for Business Agility so important and how was it created?

In industries where so many people seem to have the same qualifications, how can a job candidate or an employee showcase their unique knowledge and skills? How can they prove to an employer or a client their actual ability to apply what they have learned in the real world?

This is where the Competency Framework for Business Agility comes in. The framework gives everyone an opportunity to prove not just that they know how to do something ‘on paper’— that they are ‘competent’ in a particular area, but to prove their ‘competency’ in it – their ability to apply that knowledge effectively in a real scenario.

Following on from our blog post on What the Competency Framework for Business Agility is and why it was created, Val Cox interviewed James Stephenson and Vic Page to find out how they created it.

Vic Page is an independent educational consultant in the public and private Higher Education sectors.

When the Agile Business Consortium began evolving into the professional body to advance business agility in all fields, it was clear that a competency framework was needed that could be used worldwide. How did you get started?

Vic: There were some good frameworks out there, but they were IT-based and the Consortium needed to relate to all work functions, so I suggested it create its own. As well as being the professional body for business agility, the Consortium is aiming to become an awarding body, so it made sense to create one framework for both. James and I then talked about various existing frameworks and what would make a framework agile.

James: Using the qualifications framework in the UK as a reference point, we started with seven levels and two columns that address knowledge or understanding and competency skills.

These qualifications have different regulators across different nations and sectors (QAA, Ofqual, Qualifications Wales, CCEA Regulation in Northern Ireland and SQA in Scotland).  Although the levels are comparable with each other, there is considerable variation in how knowledge, skills and competency descriptors are written. For example, Level 3 includes A-Levels, T-Levels, International Baccalaureate and BTEC Nationals – all broadly at the same level but with very different level descriptors.  We used this framework for reference only as we wanted to create our own bespoke version and one exclusively for adult learners.

Why has the competency framework been split into five levels?

Vic: We decided that the Consortium’s Framework didn’t need to span the entire seven qualification levels from High School to Postgraduate since they are specific to those employed in certain environments (i.e. working in agile teams). The five-level model we settled on has enough granularity to show the learning journey of an agile professional from foundation to thought leadership without creating too many unnecessary ‘hoops to jump through’ in terms of being recognised and certified as that journey progresses.

James: When we looked at other frameworks and mapped them, they had different numbers of levels and columns. Some didn’t contain knowledge or understanding at all or were excessively practical and too industry-specific for the Consortium’s purposes. When I lined them up and worked out where they matched, they got further apart the higher up the levels they went.

Vic: For example, with some regulatory bodies, levels four, five and six are all degree-level. It’s useful for a university to differentiate between them as they deal with cognition, but this approach doesn’t translate to a practitioner-based framework that is based on experience and competency as well as knowledge. That’s why we decided to have just five levels in total.  We also decided that a business agility context and the ability to contribute to the wider agile ecosystem should be included throughout, with the addition of thought leadership at the higher levels.

James: As for the four columns of the framework (Underpinning Knowledge, Agile Skills, Business Skills and Personal Skills), we’ve gone for something a little different to many other bodies (some for example just give a Knowledge Descriptor and Skills Descriptor for each level). Our emphasis is on an individual’s practical experience, interaction and communication, not just knowledge, skills and understanding.

So how does this apply to the Consortium’s “Professional Level” memberships?

Many professionals collect qualifications but do all the people who’ve taken the same exam have the same abilities? How can a client or employer tell?

Business agility is useful in many industries where none of the dedicated qualifications mention it, so people are often forced to choose between qualifying in a subject that isn’t suitable for their work, or trusting that a recruiter will do more than simply tick off a list of qualifications.

Developed using an agile approach in its creation, our Competency Framework for Business Agility gives everyone a chance to prove their ability to apply their knowledge in the real world.

To see how your practical experience, skills and knowledge compare with your peers, you can take a look at descriptions of the different Professional Levels. 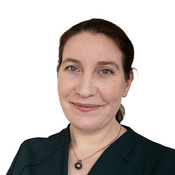 Val is responsible for introducing the Consortium's Continuing Professional Development policy and supporting resources to help members develop their careers and hone their skills. CPD includes any learning activities that professionals carry out, so she checks member eligibility criteria and award accreditation to CPD providers. As you’d expect of someone who champions lifelong learning, she likes to spend her free time trying to improve her skills and is currently working on painting and coaching.