Contracting for Agile: Is it Possible?

With Stewart James and Richard Stephens

In his interactive session on 24 March, Mirko Kleiner proposed that there is no such thing as an ‘agile contract’. However, customers still demand a written agreement to document their requirements and suppliers rely on legal terms to avoid unreasonable expectations.

Against this backdrop, Stewart James and Richard Stephens discuss what constitutes a contract for Agile and what happens when contracts don’t satisfy the fundamental requirements of each party. 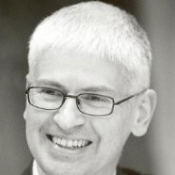 A technology lawyer of some 40 years’ experience, Richard has seen the IT industry from all sides - as an in-house lawyer with two substantial UK based systems houses, a lawyer in City of London practice and now as the head of his own practice offering legal services to IT companies large and small as well as acting as mediator and arbitrator in IT disputes.

Over the course of his career, Richard has been involved in some of the largest IT litigation and transactions and now gets involved in particular with Cloud contracting. When Richard set up his own private practice, The Law Office of Richard Stephens, the Chambers Guide to the Legal Profession described him as a “leader in his field” and as “good news on the most complex of matters”. 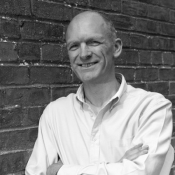 Stewart James is a commercial lawyer and Information Law specialist with over 20 years’ experience of drafting and negotiating technology contracts.

Stewart advises on public procurement, privacy and information security, with a particular interest in collaborative commercial models.  He is also a published author of legal texts and contract templates in support of the use of Agile methodologies.

Previously a partner at DLA Piper, Stewart established Agillex in 2014 to provide flexible and collaborative legal services.  The company now provides a range of professional services throughout the commercial life cycle.

On demand videos at your fingertips - catch up on the latest stories, thought-leadership, tips, and guidance around business agility.