White Paper: Dimensions of an Agile Approach to Strategy

Dimensions of an Agile Approach to Strategy

Organisations have to find better ways of organising themselves in an increasingly Volatile, Uncertain, Complex and Ambiguous (VUCA) environment. An agile organisation can respond quickly and effectively to opportunities and threats found in its internal and external environments (be they commercial, legal, technological, social, moral or political).

Agile Strategy is one of the key areas in the Framework for Business Agility that the Agile Business Consortium has defined. The framework provides a lens, helping organisations to understand how to deliver value to their customers, partners, and people, in their business, social and physical environments. It helps them respond quickly and effectively, now and in the future, to opportunities and threats, ensuring they thrive and survive in a changing and sometimes disruptive world. The framework is driven by values, and drives capabilities and behaviours.

In this paper, we discuss the dimensions which we have learnt are core for an agile strategy. We also present where some commonly used practices support this agility, and where they fall short, so you can adapt or change your current strategy.

Strategic change can start with issues of fundamental identity, such as deciding what business you want to be in, as well as selecting markets, customers, technologies etc and it can involve major restructuring right through to the maintenance of business-as-usual. So, it implies being able to carry out a very wide range of potential change initiatives as well as having the ability to foresee what a good future state would be, work out how to achieve that, and continually modify these aims and plans.

Conventional strategy assumes and requires a relatively stable strategic context, in which this year is much like last year and so the thrust of the strategy is broadly similar. Strategy is formulated as a complete end-to-end plan, the effectiveness of which is measured at the end of the execution period, which can last for years. But we are now in a period of increasing instabilities, where the environmental context is no longer stable, and with an increased prevalence of volatility and uncertainty, the failure rate of both strategy and organisations has increased.

In 1965, the average tenure of companies on the Standard & Poor’s Index was 33 years. By 1990, it was 20 years. It is 15 years today, according to Richard Foster of Yale University. 87% of the original S&P 500 have been put out of business. Only GE remains out of the original S&P Index. Two of the original FT 30 remain. That is just in the private sector; many public sector organisations become effectively out of business but are quietly refinanced by central government as the services they provide cannot be allowed to cease. So, there is a large raft of organisations which are demonstrably not surviving let alone thriving and that is in large part because they are not setting, developing and executing strategy effectively.

This death rate of companies points to the need for different ways of developing strategy, ways which can at least handle and ideally exploit the more turbulent trading conditions which now exist. This White Paper describes the characteristics of such ways of formulating, implementing, and revising strategy, and how they differ from conventional methods. The start point is that Agile Strategy assumes a volatile strategic context and therefore can be effective in helping organisations succeed and survive in the much more challenging conditions which prevail today. In a rapidly changing world, organisations need more learning, agility and adaptation to succeed.

Conventional approaches to both strategy and software development follow the same underlying philosophical paradigm based around freezing change: a fixed end point is decided, a plan with milestones is drawn up charting a straight-line route from here (as is) to the objective. The plan tends to be large, complicated and monolithic with multiple interacting parts and dependencies and as a result tends to be somewhat fragile and prone to failure with cascading effects if parts fail or are delayed.  Execution is managed to minimise any deviation from the plan and success is measured at the end of the strategy execution process, which in the case of conventional strategy can be years after conception. But, of course, because the world changes between the development and execution stages, this approach rarely works.

With this mindset, Agile Strategy must seek to address fundamental issues of change and uncertainty in a different and more flexible way than conventional approaches tackled these problems.

Survey results vary but put the failure rate of conventional strategy at between 70% and 98% 1, so rather worse than the failure rates of Waterfall IT projects. Both Agile Software Development and Agile Strategy follow a different paradigm. Rather than attempting to freeze change, they flex and adapt: the end point isn’t fixed as it’s likely to change as the business environment changes, so long-term progress is broken down into smaller modular changes, with shorter time frames, and as much resourcing flexibility and freedom of manoeuvre as possible is retained to allow the future direction to be altered to meet the needs of the emerging situation. The plan is constantly reviewed and progressively redesigned as needed. Success is measured after each module of change.

There’s also a question of scale and scope. The term ‘strategy’ is often used as a shorthand for corporate strategy and can be seen as the preserve of the most senior in an organisation. Yet strategy is an activity which is done by an organisational unit of any size, from a team to a line of business, a product division or functional division, up to the strategy of the whole organisation. That range means that how strategy is done varies greatly. A small unit like a team can probably be pretty agile with its strategy approach already. But the major challenge is for a whole organisation to be agile in its strategy, building synergy from the work of many units.  With that in mind, the language and audience for this Agile Strategy White Paper is aimed at more senior people in organisations. 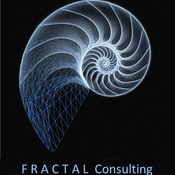 We work with organisations to build capability to do both strategy and governance in an agile way and we develop organisational agility so they can match the rate of change in their business environment.

Many organisations are finding themselves dealing with an increasingly complex and uncertain world and are discovering that in a lot of areas, their traditional approaches are failing them: around 90% of conventional strategy fails, together with over 70% of change initiatives. Systems and Complexity Thinking has produced a set of systemic approaches designed specifically to deal with the sorts of complex situations that organisations are increasingly encountering.

Fractal is one of the world’s leading consultancy companies in applying Systems Thinking to deal with problems of complexity and uncertainty. Over 28 years we have worked with hundreds of organisations across, private, public and third sectors of all sizes from micro-businesses through to whole industry sectors at a national level in 23 different countries. We have a long track record in using a suite of systemic approaches – some of which we developed to address difficult and intractable business problems.

For strategy, we provide consultancy and training in developing strategy in an agile way using our Patterns of Strategy approach, model strategic business ecosystems and build strategy war rooms.
Fractal uses systems approaches to diagnose, develop and design organisations to be more effective and more agile. We have a systemic approach for scaling Agile in large organisations and have decades of experience in designing governance to ensure adaptability. We have developed an assessment tool for measuring business agility – how changeable your business environment is, so just how agile you need to be, how agile you actually are and where and how you could improve your organisation’s agility. Using this approach, we have measurably increased client’s agility by up to 30x and shortened decision-action cycle times by up to 200x.

Our Mosaic Transformation approach was developed before the Agile manifesto, but uses many of the same principles of Agile to design and carry out large scale organisational transformation.