What was the challenge?

The high number of concurrent projects in the IT division of YHN made it difficult to establish priorities, and management involvement was significant. The reputation of IT suffered, with business colleagues feeling that IT offered unreliable delivery rates whilst the IT teams felt that the business was unable to explain their requirements clearly.

Geof Ellingham was Head of IT for Your Homes Newcastle at the time. “It was clear that we couldn’t carry on doing things in the way we had always done”, he reflects. “Digital transformation was moving ever faster, and it seemed we had to do things quickly just to keep up. In our joint work with Newcastle City Council (NCC) on digital transformation, the team had come to believe that agile techniques may offer us a more efficient and robust way forward. We knew that having support from our senior executives and stakeholders would be important if we were to ‘go agile’ successfully. It helped that central government was mandating the agile approach for all of its digital work. Agile was no longer regarded as ‘newfangled’."

In April 2015, Geof took on a discrete project for NCC and elected to implement agile delivery. The challenge was to convert the Council from cash Council Tax payments to a fully digital payment system. The original goal was to achieve this within nine months, but the transformation was completed within six. Agile had made a real difference.

“Initially our knowledge of agile was limited to some basic Scrum-like techniques” says Geof. “When we became aware of the Agile Business Consortium’s Agile Project Management (AgilePM®), we put around a dozen people through the AgilePM Practitioner qualification course and also ran ‘agile awareness’ sessions for our senior executives and management teams. This was the first step towards embedding agile thinking throughout the organisation.

“We realised that to benefit fully from agile, we would need to engage in a cultural transformation, rather than simply ‘doing agile’. During the remainder of 2015, we restructured the IT organisation in a much ‘flatter’ way, so that self-organised teams could genuinely be empowered to effect delivery. By the start of the next financial year, 100% of IT projects were being delivered using AgilePM.

“One of the ways we were able to demonstrate the value of agile to business leaders and non-project management colleagues was by showing them how tools from AgilePM, such as MoSCoW prioritisation, could offer value in a broader context. Taking this ‘applied approach’ was critical to our success in embedding the principles, as teams could experience for themselves that agile works rather than simply being told it would.”

By August 2016 the IT Division of YHN was truly agile, with an expectation that improvements would continue to evolve. “We had a big team retrospective, where we discussed what was working well, and what was not working so well” Geof explains. “As a result we stripped back the process on fast-turnaround changes, so that we used a Kanban approach for small change and used the AgilePM whole lifecycle approach for projects of more than four weeks.”

It is expected that the organisational structure and processes at YHN will continue to evolve to meet the needs of a fast-paced environment where change is now the norm and new challenges need to be met. This is the nature of agile.

“Agile helped us to achieve far more productivity from the resources we had available,” Geof affirms. “By prioritising based on genuine value aligned to business goals, we found that certain tasks could be delayed, or simply not done. This freed up capacity to do other things.

“In addition, the IT department enjoyed a more positive culture and was working faster. In the new organisational structure, they were working hand-in-hand with their business colleagues in new directorate groups. This broke down the ‘us and them’ culture where separate organisational functions had been quick to blame others when goals had not been reached.”

Your Homes Newcastle is one of the largest property management organisations in the region. Their passion is creating great places where people can be proud to live, and providing high-quality homes together with person-centred customer support. 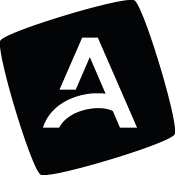 The Agile Business Consortium is the professional body for business agility. We’re all about community – whether you’re a multinational working through a large-scale transformation, a new start-up, or a contractor, we can support you to achieve more, to grow more, and to build your business agility. As a global not-for-profit organisation that’s been around for over 25 years, our knowledge and experience around agile competencies and behaviours can offer you the guidance you need to reach your agility goals. Together with our partners, we create and share agile research, case studies, resources and tools that help you compete in today’s uncertain world. A registered not-for-profit, we’re the world’s longest-standing agile-orientated organisation. We’re the brains behind AgilePM®, AgileBA®, AgilePgM®, AgilePfM™ and AgileDS™. Based in the UK, we have members in over 30 countries around the world.